There’s many milestones when it comes to raising kids.
The first smile, (That’s actually a smile, not just because their passing wind.)
This first giggle,
The first tooth,
The first word….and many many more. 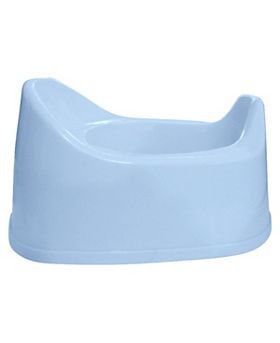 One of those milestones that I have been dreading is potty training.
Potty training is one of those subjects that every parent has an opinion on. Some say it’s better to wait until the kid show signs that he or she is ready. (Still not sure what signs they I should be looking for!). Some say you shouldnt use a potty and instead try to get your child using the grown up toilet from the start so it’s a smoother transition.

To start this whole process we decided to introduce the idea of the potty recently. It just ‘sits’ in the living room. Other than us trying to convince the boys it’s not a toy, we have just left the kids to investigate it as and when they wanted.

Over the past week or so, we have started suggesting to BB that he should sit on his potty while he watches his favourite cartoon. (Which at the moment is about a cat sheriff who has a woodpecker as a deputy……obviously).
Sometimes he’s pretty willing, but most of the time we get a resounding no. That’s OK. No pressure!
On those occasions that he does decide to take a seat, we get nothing. The potty is untouched by human waste. That’s fine. All we are hoping for at this point that he feels comfortable on the potty and he understands what it’s for.

On Monday we had a breakthrough! When he decided he’d had enough, he stood up, laid down so we could place his nappy on him and went about with his day. Normally I’d pick th potty up and place it back where it usually just ‘sits’. But this time was different. This time, it wasn’t empty! Swirling around in the bottom, was a trickle of wee coloured……wee!

MY SON HAS USED A POTTY FOR THE FIRST TIME!!!

The road is still a long and winding one, that no doubt will still get dirty and wet every now and then, but we have started our journey. A journey every person takes at some point in our lives. lets hope the road isn’t to bumpy.

Now……at what point should I introduce him to this guy?

As always, thanks for reading.
L